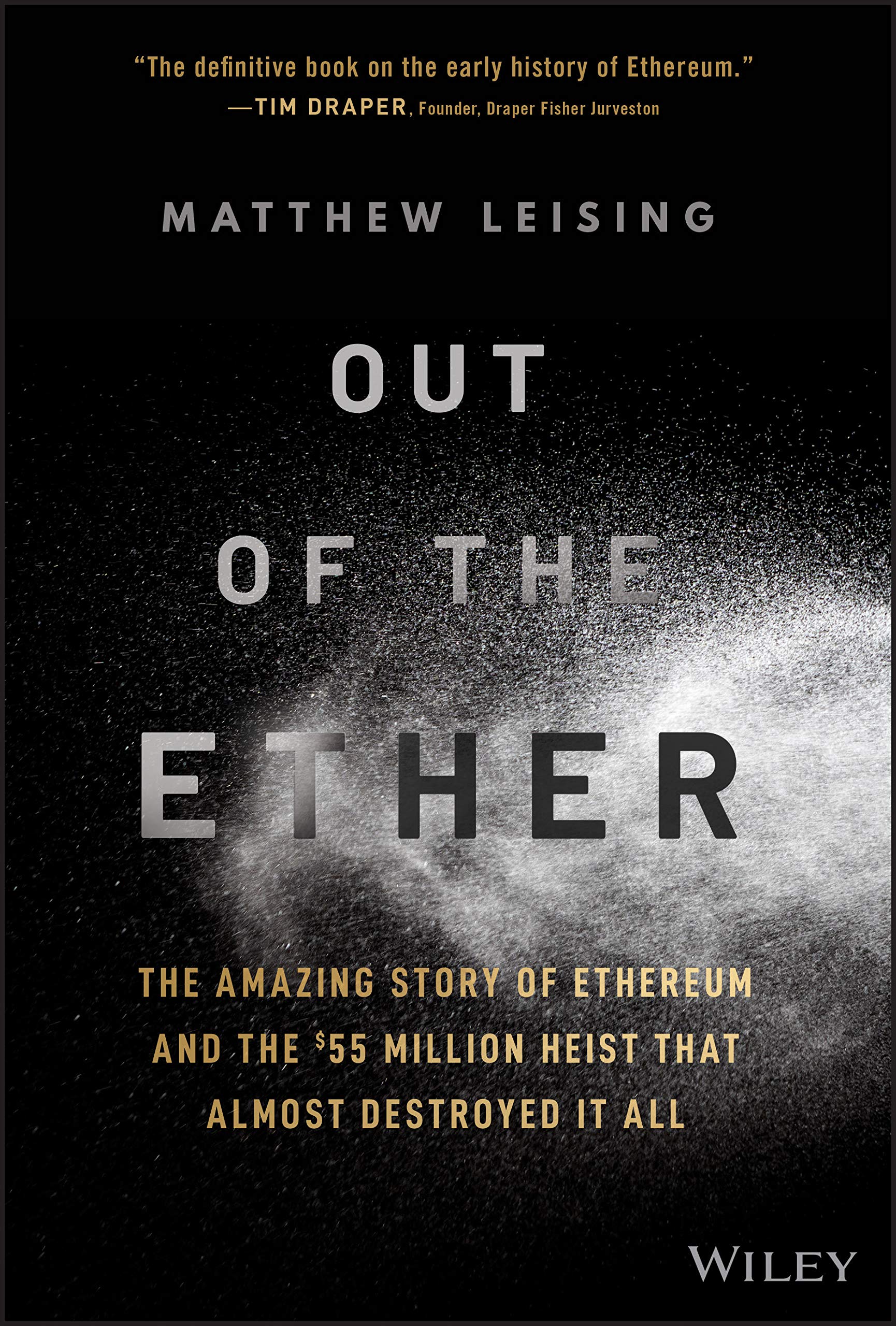 Out of the Ether: The Amazing Story of Ethereum and the $55 Million Heist that Almost Destroyed It All tells the astonishing tale of the disappearance of $55 million worth of the cryptocurrency ether in June 2016. It also chronicles the creation of the Ethereum blockchain from the mind of inventor Vitalik Buterin to the ragtag group of people he assembled around him to build the second-largest crypto universe after Bitcoin.

Celebrated journalist and author Matthew Leising tells the full story of one of the most incredible chapters in cryptocurrency history. He covers the aftermath of the heist as well, explaining the extreme lengths the victims of the theft and the creators of Ethereum went to in order to try and limit the damage. The book covers:

Perfect for anyone with even a passing interest in the world of modern fintech or daring electronic heists, Out of the Ether is a story of genius and greed that’s so incredible you may just choose not to believe it.

A Closer Look at Out of the Ether: The Amazing Story of Ethereum and the Heist that Almost Destroyed It All

Mihai Alisie walking up the stairs to the hack lab at the compound at Calafou.

Remnants of the destruction from the fire that burned when the factory at Calafou was struck by lightning.

Vitalik Buterin is mobbed by people asking questions after giving his Ethereum presentation at the Miami Bitcoin conference. Joe Lubin and Antony Di Iorio are to his left.

The Ethereum booth at the Miami Bitcoin conference, January 2014. Staffing the booth are Paul Paschos (left) and Stephan Tual (right).

Stephan Tual (left) and Mathias Grønnebæk (right) (on the laptop screen) during a video call with Mihai Alisie (left) and Richard Stott (right) at the Spaceship House. This is the call where Tual warned the Ethereum crew in Switzerland that Gavin Wood was making moves against them.

Christoph Jentzsch in Brooklyn with a slock before the DAO hack had occurred.

Price: (as of – Details) Bitcoin and related cryptocurrencies have the potential to be one of the key technologies that define our generation. More than new networks that will power a secure and prosperous internet […]

HOW BITCOIN CREATES OUR NEW REALITY

The essence of time, money, has been corrupted — but Bitcoin offers a new reality in which this link is fixed. TIP PIUMSOMBOON​​​​​​​ “Time is money, Money is time, But how are we printing money […]

Dobson is the second developer to leave Bitcoin Core in the past two months. Developer Samuel Dobson announced via a series of tweets on Thursday night that he is stepping down as a Bitcoin Core maintainer after […]